This Is National Asbestos Awareness Week 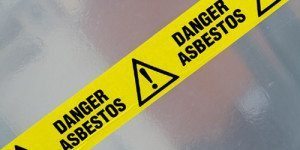 You may think you know about asbestos.

Did you know that dozens of Americans die from asbestos-related disease each day – even in 2013? Did you know that, despite almost a century of knowledge of the dangers of asbestos, that it has never been banned in the United States? It is important to know that asbestos is still present in our environment and that safety requires constant vigilance.

“Anyone who disturbs asbestos is at risk. However, it is of special concern for construction, insulation, and demolition workers, pipefitters, boilermakers and others who might disturb asbestos found in old buildings or equipment as part of their work. The hazard is also very real to home handymen, first-responders, and community volunteers.”