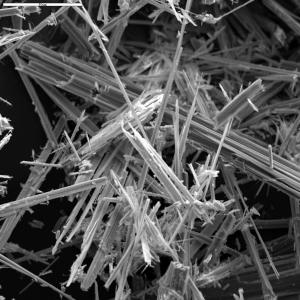 The case stemmed from a residential boiler job in which Watterson was contracted to remove two old boilers and install two new ones in a residence in Worcester. The original indictment charged Watterson with hiring two teens to remove & dispose of the asbestos-containing material on the old boilers. He was convicted of endangering one minor.

According to the Attorney General’s office, “the teenage workers crudely removed the asbestos from the boilers and pipes by ripping the insulation and chipping it with putty knives. The insulation was allegedly piled in the cellar space before being placed in trash bags and transported to a dumpster owned by Watterson for disposal. Authorities further allege that the workers broke down the boilers and its components, using sledgehammers and hacksaws. The components were later rejected by a local scrap yard for disposal due to visible asbestos.”

Watterson has run businesses under these names in Worcester County: “The Clog Specialist,” “Dan the Clog Man,” “Dan the Heating Man,” and “DW Plumbing & Heating.”

The Commonwealth of Massachusetts encourages members of the public who have information regarding a potential environmental crime to contact the MassDEP Environmental Strike Force Hotline at 1-888-VIOLATE (846-5283) or the Attorney General’s Office at 617-727-2200.

A person exposed to asbestos does not immediately or even in the near future contract an asbestos-related disease. The time period between exposure to asbestos and the later development of disease is referred to as the latency period. All of the asbestos-related diseases including mesothelioma, asbestosis, and cancer, have long latency periods. In the case of mesothelioma, the latency period can be upwards of 39 or more years. Unfortunately, once embedded in lung tissue, asbestos cannot be exhaled or released. Since asbestos is a carcinogen, even a brief exposure to asbestos is capable of causing disease.

If you have been diagnosed with an asbestos-related disease like mesothelioma or asbestosis, call our Massachusetts asbestos attorneys at 888-632-0108 for a free, confidential consultation, or tell us your story online.  Like all legal claims, asbestos claims must be filed within rigid time limits; do not delay if you believe you have a claim.