The FDA has announced a Class 1 Recall of the Zimmer Biomet Comprehensive Reverse Shoulder Humeral Tray (Model 115339) following reports that the devices are fracturing at a higher rate than stated in the labeling. In December Zimmer Biomet had sent an Urgent Medical Device Recall Notice to doctors, hospitals and other medical providers recalling the reverse shoulder implants, asking that all devices in stock be identified and quarantined for removal. The FDA has now classified this recall as a Class 1 Recall, meaning that the use of these shoulder replacements may cause serious injury or death.

What is a Biomet Comprehensive Reverse Shoulder Implant?

The Biomet Comprehensive Reverse Shoulder System Humeral Tray Model 115339 is a shoulder replacement device that is surgically implanted. It is used in patients who have suffered rotator cuff tears who have also developed a severe form of arthritis called arthropathy and also already had a failed shoulder replacement. 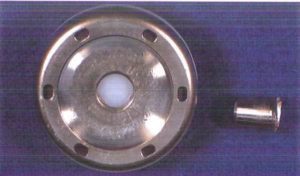 The devices in question were manufactured by Biomet. Biomet was acquired by Zimmer in 2015 for $14 billion dollars.

The devices fracture more than expected. Fractures of a defective shoulder implant may cause permanent loss of shoulder function, infection, or even death. Patients may be required to undergo another revision surgery to remove, or remove and replace, the implant, with all the risks of surgery.

What Can You Do?

If you have had shoulder replacement using the Biomet Comprehensive Reverse Shoulder implant and suffered a fracture, you may have a claim for damages. Contact the defective medical device attorneys at Thornton Law Firm for a free, thorough evaluation of your legal rights at 1-888-341-1405. Or tell us your story using our online contact form. Like all legal claims, defective shoulder implant claims must be filed within short time limits. Get legal advice as soon as possible to protect your rights.

UPDATE: The trial judge later granted a remittitur to Zimmer, ruling that the jury verdict was excessive. The plaintiff declined the trial judge’s remittitur award of $828,153 and elected to appeal. In 2018 a California appeals court panel, while upholding the jury’s liability verdict against Zimmer, granted a new trial on appeal, ruling that the jury’s damages award excessive.

A California state court jury has awarded $9.2 million dollars to a man who received Zimmer’s Durom Cup metal-on-metal hip implant in 2007 and was forced to have it surgically removed 15 months later. Gary Kline, age 59, presented evidence that his doctors performed two traumatic surgeries in 15 months in an attempt to repair the scar tissue and nerve damage caused by the Durom Cup implant, but ultimately it had to be removed. Thornton Law Firm is accepting Zimmer hip implant cases nationwide. If you had a defective metal-on-metal hip implant call the Thornton Law Firm hip implant team at 888-341-1405 or tell us your story using our online contact form.

Zimmer’s Durom Cup, also known as Durom Acetabular Component, was marketed to younger hip implant recipients with claims that the metal cup would last longer than older ceramic hip implants. The Durom Cup is a monoblock cup made from a single piece of cobalt chromium alloy metal. Once implanted, it was supposed to become fixed to the hip joint by the bone growing onto the back of the cup. When bone growth does not occur, the cup rubs against the bone, causing both excruciating pain and the very scar tissue and nerve damage that Mr. Kline endured. Unfortunately, like other metal-on-metal implants, the Durom Cup can generate high levels of metal in the body, leading to metallosis, tissue damage, and damage to the bone.

Zimmer’s Durom Cup was approved by the FDA for use in total hip implants in 2006. But problems surfaced soon thereafter, and Zimmer actually withdrew the hip implant from the market in 2008. The July 2008 recall was brief as Zimmer said it was recalling the devices “because the instructions for use/surgical technique instructions were inadequate.” The FDA also initiated a Class 2 recall of 19,014 products in September of that year; that recall was terminated in October of 2009. Zimmer resumed selling the Durom Cup hip implant after updating the product label and instituting a training program for surgeons.

Zimmer Durom Cups and all other metal-on-metal hip implants can cause a host of complications including allergic reactions, pain, scarring, metallosis, infections, revision surgery, or even death. If you or a loved one suffered any complications after receiving a metal hip implant, call the medical device team at Thornton Law Firm which specializes in helping patients nationwide who have been injured by defective medical devices. For a free, confidential evaluation of your legal rights, contact us at 888-341-1405 or tell us your story here. All legal claims have short, strictly enforced time limits for filing a claim; do not delay seeking legal advice.

Zimmer has announced a voluntary recall of its M/L Taper with Kinectiv Technology Femoral Stems and Necks used in hip replacements, because higher than expected amounts of manufacturing residues were left on the devices. Zimmer calls this a “process monitoring failure”; you’d probably call it not cleaning the parts properly before putting them on the market. The FDA announced the Class 1 Recall, the most serious type of recall, as use of the products will cause serious adverse medical consequences or even death. Affected products were manufactured and distributed between March 31, 2015 and April 20, 2015. If you had a hip replaced in 2015, call Thornton Law Firm today at 888-491-9726 for a free evaluation of your potential legal claim, or tell us your story using our secure online form.

The M/L Taper with Kinectiv Technology femoral stems and necks are Tivanium® alloy implants that the surgeon uses to fit the artificial hip to the existing bone. The damaged parts of the femur are removed and replaced with a system of artificial products, which includes the femoral neck – the thinner part of the femur next to the ball of the joint – and the femoral stem, the longer part of the bone tapering down from the femoral neck.

The higher than expected levels of manufacturing residue on the parts may lead to serious health consequences. The FDA warns that patients and doctors should be alert for allergic reactions, pain, infections, or even death after a hip replacement using these recalled Zimmer parts. A second hip replacement surgery – a revision – may be required to remove the defective parts. A hip revision involving the neck and stem is very invasive as the femoral stem must be disconnected from the existing bone to which it was attached during the first surgery.

This is Zimmer’s second Class 1 Recall in the last three months. Zimmer announced in March that it was voluntarily recalling its Zimmer Persona Trabecular Metal Tibial Knee Implant after an unexpectedly high complaint rate of 61% was reported. That device, which was marketed as giving a superior, more accurate fit, actually was loosely fitted, with space between the implant and the bone, leading to swelling, severe pain, tissue damage, bone damage, and possibly revision surgery.

If you or a loved one had a hip replacement using Zimmer M/L Taper femoral necks or stems, and have experienced complications including allergic reactions, pain, infections, revision surgery, or even death, you may have a legal claim against Zimmer. The medical device team at Thornton Law Firm specializes in helping patients nationwide who have been injured by defective medical devices like the Zimmer M/L Taper hip replacement parts. For a free, confidential evaluation of your legal rights, contact us at 888-491-9726 or tell us your story here.

The Zimmer Persona Trabecular Metal Tibial Knee Implant is being voluntarily recalled after an unexpectedly high complaint rate of 61% for all the procedures in which it was used. The recall was announced by the FDA in March in response to complaints of loosening of the implant, as well as asymptomatic radiolucent lines in x-rays, representing space between the implant and the bone.  The recall affects 11,658 patients who received the Zimmer Persona implant. If you or a loved one received a Zimmer Persona implant, contact Thornton Law Firm today for a confidential evaluation of your legal rights.

Zimmer issued Urgent Medical Device Recall letters to affected distributors, hospitals, and surgeons, recalling all of the Persona Knee Implants. The FDA classifies the recall as Class 2, meaning that the defect “may cause temporary or medically reversible adverse health consequences.” These health consequences can be severe. A loosened knee implant may require the patient undergo costly and painful revision surgery. Loosening and radiolucent lines can also cause many other problems. Tissue, joint fluid, and debris from the failing implant can lodge in the spaces between the gaps between the implant and the bone. This can cause swelling, severe pain, tissue damage, and bone damage.

If you have a Zimmer Persona Knee Implant and have experienced complications including pain, swelling, loosening, disability, or have undergone revision surgery, you may have a legal claim against Zimmer, Inc. Thornton Law Firm’s medical device lawyers specialize in helping patients who have suffered complications after receiving defective devices. Please contact us at 888-341-1405 or tell us your story here. All consultations are free and confidential.