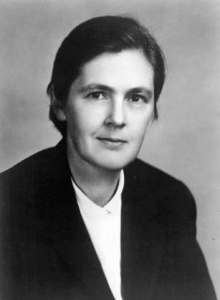 The first bellwether trial in the federal court Multi-District Litigation over Johnson & Johnson’s DePuy Unit’s metal hip implants is scheduled to begin on Monday, September 9, 2013. The plaintiff is Ann McCracken, a woman from Rochester, New York who underwent a DePuy ASR XL Acetabular Hip System replacement in 2009. She , in 2011. While this is the first trial of the federal MDL cases, 2 other cases have already been tried to verdict in the state courts and other cases have trial dates scheduled for later this fall. These other cases include the New Jersey Multi-County Litigation (MCL) Bergen County Superior Court, bellwether case set for trial on October 21, 2013; the San Francisco Superior Court, coordinated California proceedings, bellwether case set for trial in October of 2013, and the case scheduled for trial on November 8 in West Palm Beach, Florida.

J&J’s DePuy unit began manufacturing the metal-on-metal hip implants – the ASR XL Acetabular System, and the ASR Hip Resurfacing System – less than a decade ago. The ASR XL Acetabular System was submitted to the FDA for so-called 501(k) approval, meaning that J&J claimed that the product was substantially similar to products already on the market so did not require clinical trials before being sold to the public. [The ASR Hip Resurfacing System was submitted to the FDA in 2007, but that application was withdrawn and it was never sold in the U.S. However, Americans who went abroad for a hip resurfacing procedure could have gotten an ASR Hip Resurfacing System, as it was sold in other countries.]

Unfortunately, for the 93,000 people in the United States who did receive an ASR metal-on-metal hip implant, the change from the older hip implant sold by DePuy was not a minor change but a major change and, ultimately, a major defect which render the devices dangerously unsafe. J&J recalled the ASR hip implants in 2010, but at that point the damage was already done.

At the time of the recall, DePuy cited revision rates double what was expected. Unfortunately, more recent studies in the United Kingdom have shown a failure rate as high as 49%, an astonishingly high failure rate for a device that was meant to be better than the old conventional hip replacements that failed 1% to 2% of the time.

The ASR was recalled on August 24, 2010. If you received one of these hip implants and have not seen a doctor recently, we urge you to see your doctor and have your hip implant evaluated. You should ask the doctor to perform a metal ion test to see if you have elevated levels of chromium or cobalt in your blood.

Call the Boston hip implant lawyers at Thornton Law Firm for a free and confidential evaluation of your case. Ask for attorney Marilyn McGoldrick when you call 888-341-1405 and we will put our hip implant legal team to work for you.