In a landmark victory for farmers affected by pesticide spray drift, a Missouri jury forced Monsanto and BASF to pay $250 million in punitive damages to Bill and Denise Bader of Bader Farms.

Bader Farms, Missouri’s largest peach producer, filed suit against Monsanto for causing major damage to its orchards due to the drifting of the pesticide dicamba. Dicamba is a weed killer that had traditionally been limited in use because of its propensity to drift and harm crops. In 2017, however, Monsanto and BASF released new formulations of dicamba designed to be sprayed over genetically modified soybean and cotton crops and advertised to be less prone to drift.

A Failure to Inform

But once shown the hundreds of internal corporate documents and emails, official state studies, and published papers on the topic, the jury overwhelmingly found that Monsanto and BASF’s dicamba weed killers were in fact prone to drifting from the genetically modified soybean and cotton fields where they are sprayed and onto neighboring fields, like the Bader’s.

The jury determined that Monsanto and BASF were liable for negligent design of their pesticide dicamba and failure to provide necessary information about the risks of those pesticides. For example, Illinois, the nation’s top soybean producing state, had fewer than 100 total drift complaints annually for all pesticides for 30 years. But since Monsanto introduced a new version of dicamba in 2017, it set new records each year – with more than 700 dicamba complaints in 2019.

In awarding punitive damages, the jury also found that Monsanto and BASF engaged in a “conspiracy to create an ecological disaster to increase profits.”

The Monsanto dicamba pesticide drift litigation has parallels to cases Thornton Law firm is currently litigating in Hawaii on behalf of families who lived downwind from Monsanto genetically-engineered seed farms and whose children were born with severe birth defects as a result of pesticides drifting into their homes.

A northern California jury awarded $2 billion dollars in punitive damages against Bayer to  a couple who used Roundup weedkiller and have been diagnosed with non-Hodgkin’s lymphoma. Ruling that the plaintiffs’ use of Monsanto’s Roundup weedkiller was a “substantial factor” in the development of their non-Hodgkin’s lymphoma, the jury’s verdict was the largest jury award in the United States this year, and the eighth largest in a product liability claim in history. Monsanto was acquired by German pharmaceutical corporation Bayer in 2018.

Plaintiffs Alva and Albert Pilliod, both in their 70s, are residents of Livermore, California. They used Roundup, the world’s most widely used weedkiller, to landscape their home and other properties for over 30 years, from 1975 until 2011.

Both went on to develop non-Hodgkin’s lymphoma (also known as non-Hodgkin lymphoma, or NHL). Alva was diagnosed in 2011 with systemic NHL in his bones, which spread to his pelvis and spine.  Alberta Pilliod was diagnosed with NHL brain cancer in 2015. Both are in remission. The trial was expedited due to their poor health and shorter life expectancies.

The jury found that Monsanto failed to warn the Pilliods of the risk of developing cancer. Each plaintiff was awarded $1 billion dollars in punitive damages. They were also awarded $55 million in compensatory damages for medical costs, pain and suffering, and other losses; Alva was awarded $37 million and Alberta $18 million. It is likely the punitive damages award will be reduced based on recent Supreme Court decisions limiting punitive damages.

This is the third trial lost by Bayer over Roundup cancer claims. Plaintiff Edwin Hardeman was awarded $80 million dollars in 2019; that verdict was later reduced to $25 million by the trial judge.  In 2018 plaintiff Dewayne Johnson was awarded $289 million.  The Johnson verdict was later reduced by the trial judge to $78 million and by the California Court of Appeal to $20.4 million. Mr. Johnson’s $20.4 million dollar award was upheld by the California Supreme Court when it declined to hear Bayer’s appeal in 2020.

Research has linked NHL, a cancer that affects the immune system, to glyphosate exposure. The plaintiffs’ trial counsel presented internal Monsanto documents as evidence of the close relationship between Monsanto and U.S. regulators and scientists. They argued that Monsanto worked so closely with scientists writing purportedly neutral studies that Monsanto “ghostwrote” the published science.

After the trial, a Bayer lawyer asked one juror what the panel had wanted hear from Bayer in defense of the claim that Roundup is safe. The juror responded:  “I wanted you to get up and drink it.” One of the Pilliod’s trial attorneys said after the verdict: “Monsanto has never had any interest in finding out whether Roundup is safe. Instead of investing in sound science, they invested millions in attacking science that threatened their business agenda.”

Attorney Strouss and Thornton Law Firm have a longstanding history of litigation involving Roundup. We filed suit against Monsanto in Delaware in 2012 on behalf of several children with serious birth injuries including spina bifida; their parents were tobacco farmers in Argentina.  We will use our experience and expertise in representing people with cancer from other exposures to toxic substances in representing individuals with non-Hodgkin’s lymphoma from using Roundup, the largest-selling weedkiller worldwide.  If you or a loved one has been diagnosed with non-Hodgkin’s lymphoma after heavy exposure to Roundup, please call Attorney David Strouss at 888-491-9726 or tell us your story online here.

UPDATE: The jury awarded over $80 million dollars to plaintiff Edwin Hardeman; compensatory damages of $5.27 million and punitive damages of $75 million

A federal court jury has ruled unanimously that Monsanto’s Roundup weedkiller was a substantial contributing factor in the development of a California man’s non-Hodgkin lymphoma (also known as non-Hodgkins’s lymphoma). This is the first federal bellwether (test case) of the federal Multi-District Litigation (MDL) involving claims that Roundup causes non-Hodgkin lymphoma.

Plaintiff Edwin Hardeman used Roundup weedkiller (active ingredient glyphosate) in the 1980s until 2012 on his 56 acre Sonoma County property to treat poison oak, overgrowth and weeds. He was diagnosed with non-Hodgkin lymphoma, a blood cancer, in 2015. He underwent chemotherapy and is currently in remission from his cancer.

The trial was bifurcated into two phases. This verdict was on the narrow question of whether Roundup caused Mr. Hardeman’s cancer. The jury answered “Yes” to the only question on the verdict form:
“Did Mr. Hardeman prove by a preponderance of the evidence that his exposure to Roundup was a substantial factor in causing his non-Hodgkin’s lymphoma?”

Monsanto was acquired by German pharmaceutical giant Bayer AG last year. Bayer issued a statement on Twitter saying that it continues to believe that glyphosate-based herbicides do not cause cancer.

The second phase of the trial, to determine liability and damages, is taking place right now. Evidence is being presented about Monsanto’s knowledge of Roundup’s cancer-causing properties, whether they failed to warn of known hazards, and whether Monsanto is liable for, and the amount of, any damages suffered by Mr. Hardeman.

Thornton Law Firm is currently handling non-Hodgkin lymphoma cancer cases involving Roundup weedkiller.  We have a long standing history of litigation against Monsanto and Bayer involving Roundup. We filed suit in Delaware in 2012 on behalf of a large number of children with spina bifida and other serious birth injuries whose parents were tobacco farmers in Argentina.  We will utilize our extensive experience and expertise in representing persons with cancer and other serious disease from exposures to toxic substances in providing representation to persons with non-Hodgkin lymphoma from usage of one of the largest selling herbicides worldwide.  If you or a loved one has been diagnosed with non-Hodgkin lymphoma after occupational or heavy residential exposure to Roundup, please call Attorney David Strouss at 888-491-9726 or tell us your story online here. 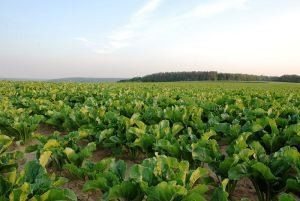